London truly spoils visitors when they come to the English capital to witness sporting action. The city has a wealth of options for every type of Sports fan but what exactly are the options when planning a trip to London? 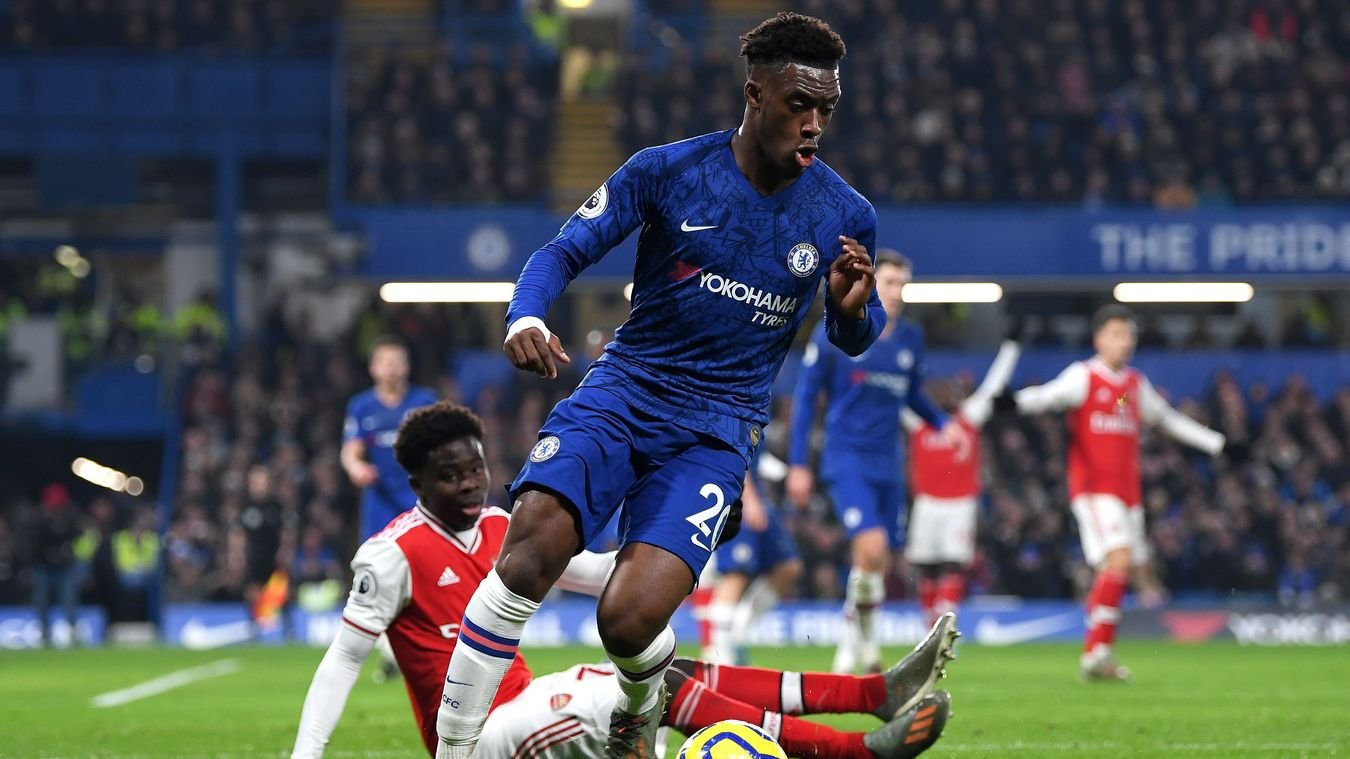 The top tier of English Football is the Premier League, which runs from late August to mid-May and offers you the chance to witness world class talent vying for dominance. London is currently home to five Premier League sides - Arsenal, Chelsea, Crystal Palace, Tottenham Hotspur and West Ham United. These five teams can be divided into three categories for viewing experience purposes. Arsenal and Chelsea are perennial title contenders with 19 top-flight titles between them. The two Derby matches between these teams are some of the most highly anticipated matches of the Premier League season. Tottenham Hotspur are the new blood in the mix of title race teams whom, over the past five or so seasons, have turned themselves into title contenders, as well as continually in the mix for Champions League berths. Crystal Palace and West Ham United are typically mid-to-low table finishing teams, but they have diehard, dedicated fanbases who show up rain or shine. London is also home to the iconic Wembley Stadium and its unique arch. Based in northwest London, the stadium is the home of English football where National team matches, and cup finals are typically played.

Since Premier League games can be expensive, London offers a different experience, through seven other Football teams, who play in English football’s lower leagues. Lower league Football is slower in pace but at the same time, it offers a pure Football display, paired with a unique community atmosphere. While it may not be your first choice, it certainly is an experience we recommend you try at least once. 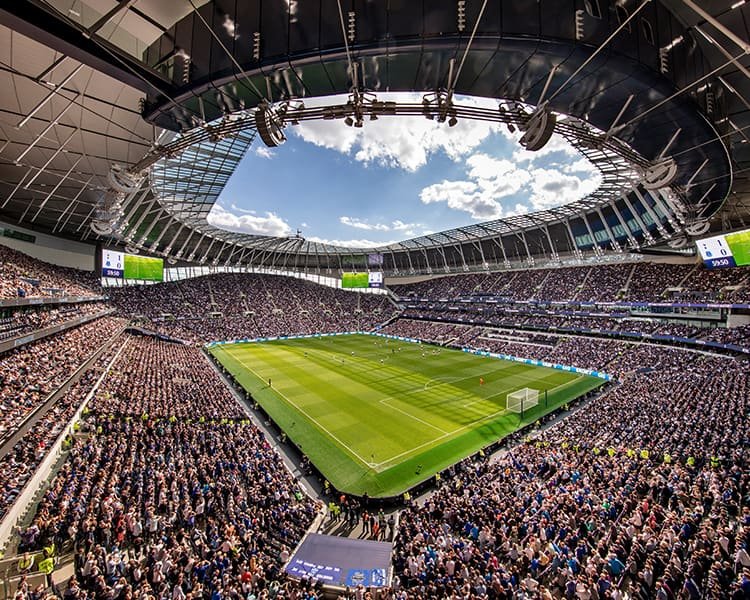 Additionally, London has a strong Rugby Union presence, with three Premiership Rugby teams based in the London area. Saracens are a perennial title chaser and, whilst they have the smallest stadium in the League, it only serves to amplify the noise of the fans on game day. Harlequins, who play in the shadow of Twickenham, the home of the English National team, have a long history of success and can also be relied on for a day of entertaining rugby. Lastly, there is London Irish, who have returned to the Premiership after winning the 2018-19 Championship. London is also home to Twickenham, the base of the English National Team. During the year, Twickenham hosts England home matches in the Six Nations which is Europe’s top international Rugby tournament, as well as home matches in the Autumn Internationals series. Also held at Twickenham is the London Seven Series, one of the most-anticipated events of the World Rugby Sevens Series season. Rugby Sevens is faster and more skillful than Rugby Union, and showcases players that fans might not otherwise see. 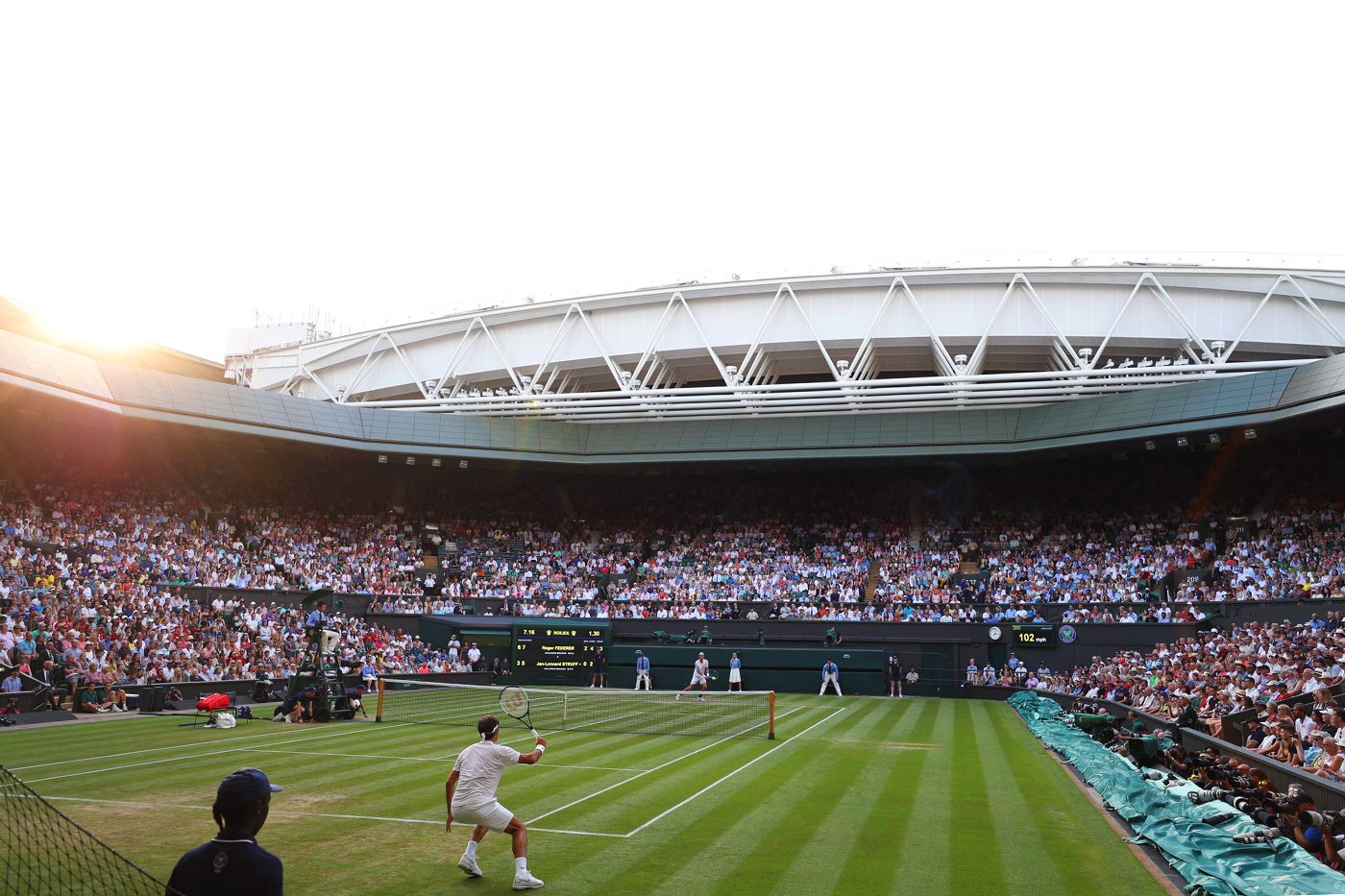 Each Summer sees London welcome the world’s best Tennis talent to the All England Tennis Club in Wimbledon, the only Grand Slam tournament played on grass courts. Wimbledon dates to 1877 and has been the site of many memorable tennis moments, such as the legendary 2008 Men’s Final between Rafael Nadal and Roger Federer. It is much more than the 18 courts that you see on television and which are used during the tournament. There are traditions such as eating strawberries and cream, or drinking Pimms, whilst sitting in the sun and enjoying world class tennis. 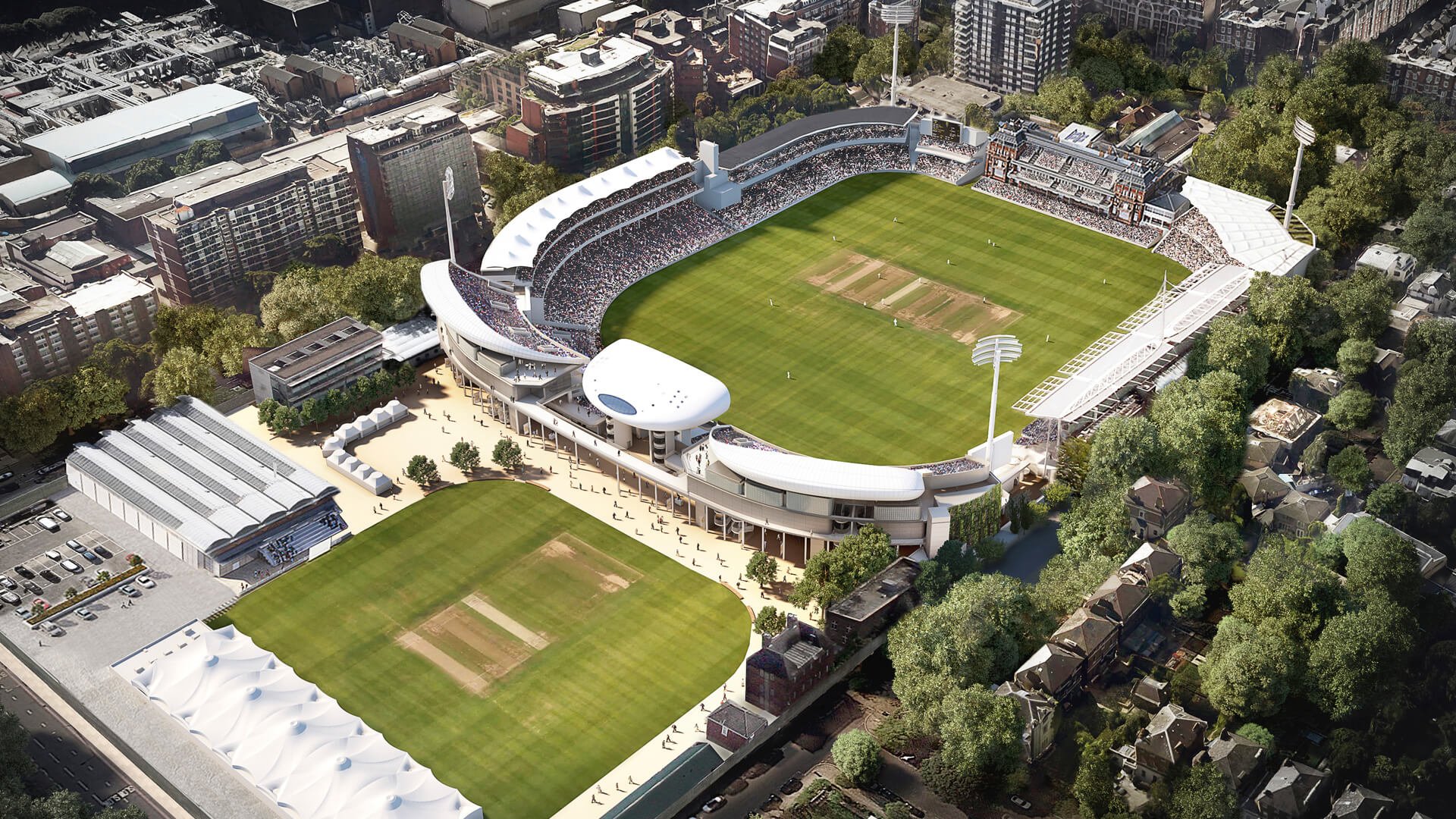 For a taste of British Cricket, London offers two options. Lord’s is known as the home of Cricket. From the ornate Victorian-era pavilion to the postmodern media centre and the unique sloping field, visiting Lord’s is as much an experience as watching the Cricket itself on the field. During the County Championship season, which runs from early April to late September, Lord’s is home to Middlesex. A little further South is the Oval, home of Surrey County Cricket. The Oval has a storied past, having been the venue of several historic moments in sporting history. As a tradition, it also hosts the final Test match of the English cricket season. 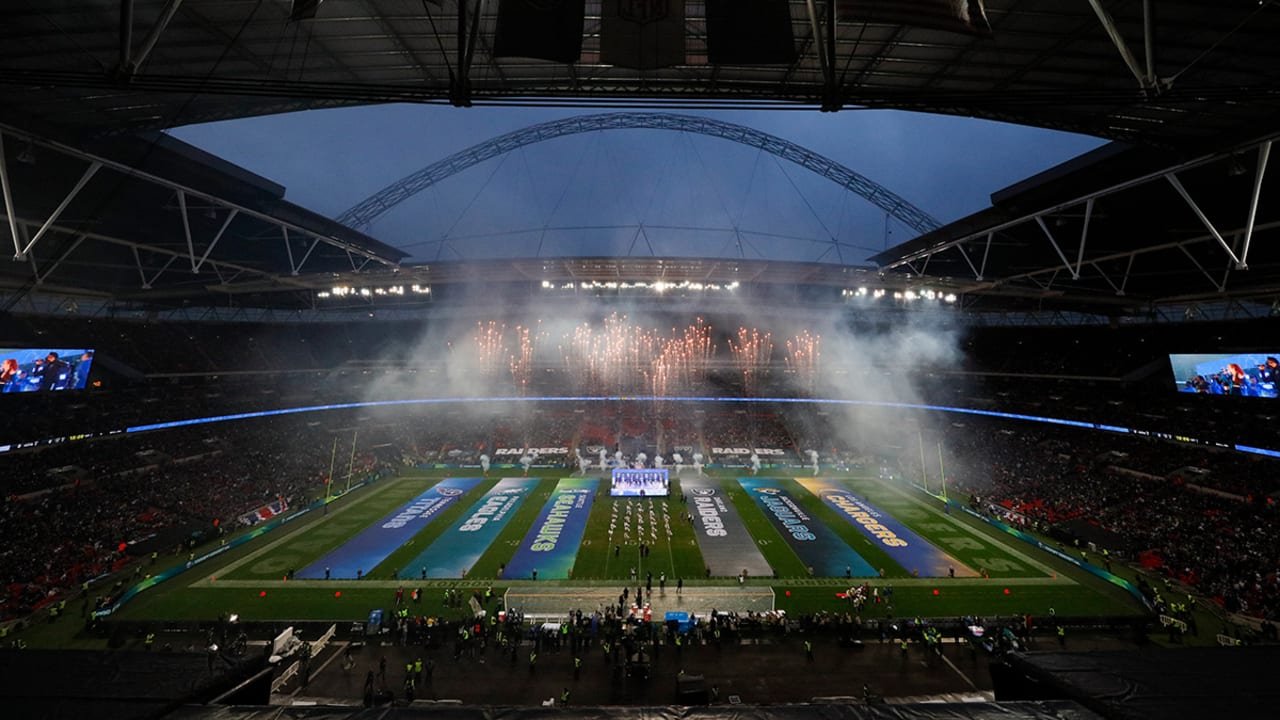 Since 2007, London provides an opportunity to enjoy American Football through 4 NFL games played in the English capital every year. Traditionally played at Wembley, as of 2019, some games have also been played at the new Tottenham Hotspur Stadium.

2019 also saw two other American sports come to London. The iconic O2 Arena hosted an NBA game between the Washington Wizards and New York Knicks in January, whilst the London Stadium, home of the 2012 Olympics, hosted a two-game series between bitter MLB rivals, the Boston Red Sox and the New York Yankees, in late June. With American Leagues looking to expand to International markets, expect more opportunities to catch American sports in London.

Additionally, London is the perfect place to see world-class Athletics since, along with being a three-time Olympic host city, most recently in 2012, London hosts one of the meetings of the Diamond League season. The Diamond League is the premier division of Athletics where the best track and field athletes showcase their talent outside of events such as the Olympics and World Championships. The iconic queen Elizabeth Olympic Park, which was built for the 2012 Olympics, is, in itself, an excellent place to explore whilst in London. 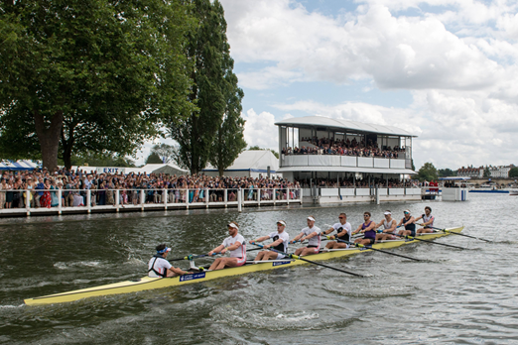 The River Thames, which snakes its way West to East and splits the city of London in half, also provides opportunities for Sport. At the beginning of the year, around the end of March or beginning of April, is the Boat Race. This race pits the esteemed rowing clubs of Oxford and Cambridge Universities against one another in a race that dates back to the 1850s. As both Universities attract some of the top Rowing talent in the world, the race is always a hotly contested affair. Later in the year, typically towards the end of June, is the London Hong Kong Dragon Boat Festival. This festival is a celebration of Chinese culture and notably features dragon boat races along the Thames. The display is a vibrant and immersive taste of Chinese culture combined with a truly unique Sporting contest.

Finally, for a truly unique experience, consider catching a London Spitfire fixture. The London Spitfire are a team in the Overwatch League, an E-sports League run by the games company Blizzard. The Spitfire won the inaugural 2018 season of the league, and from 2020 it will play matches in London from March to September. No home venue has been announced yet, but it is sure to be somewhere centrally located and easily accessible, with the new Tottenham Hotspur Stadium proposed as a potential venue. E-sports is a growing market, with Overwatch being a fast-paced and colourful team-based game that is perfect for an energetic sporting experience.

Essentially, your options to witness a sporting event whilst in London, are nearly limitless as you can see top-quality teams or sports that you would never think of normally watching. So, book your trip and try something new on your next trip to the English capital. Fixture Travel would be delighted to help you plan your visit.