New York is a wonderful, vibrant city with a deep and storied past and, as every cultured city is expected to be, it is home to hundreds of museums and sites of cultural importance. Across the fields of history, science, art and culture, New York caters to them all. Fixture is here to recommend a few for your next trip to the Big Apple. 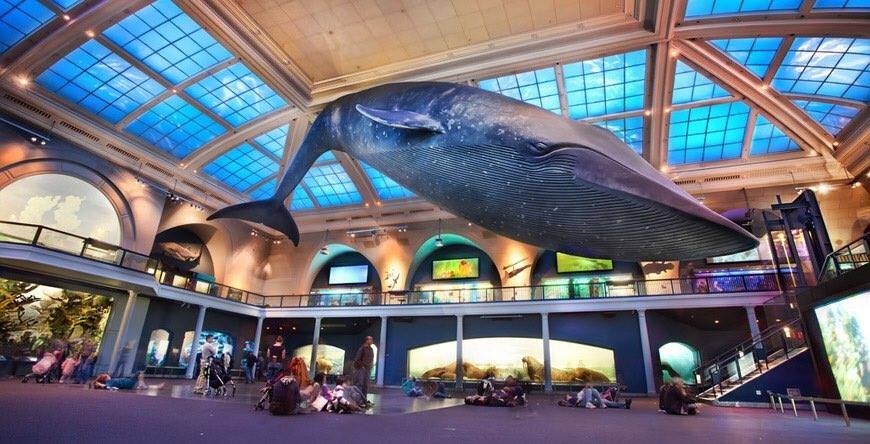 The American Museum of Natural History

The Natural History Museum is one of New York City’s most recognisable locations. Appearing in numerous films and television shows, the museum is a must for any visitor to the city. It showcases a wide variety of flora and fauna from across the world: from the largest collection of dinosaur fossils to the African savannah - this wonderful museum represents it all. In recent years, the museum has also pushed a pro-environmentalist message, highlighting the importance of the natural world in a number of halls with exhibits dedicated to biodiversity and protecting the environment. They have also taken steps to make its exhibits more interactive and accessible to the public, providing hours of entertainment and learning for the whole family and individual alike.

An important piece of man-made history can be found at the Intrepid Sea, Air & Space Museum in Hell’s Kitchen. One of the most unique locations in New York, the museum is a fascinating display of aeronautical, maritime, and space-travel related vehicles. The heart of the museum is the USS Intrepid, an aircraft carrier that played a vital role at the end of the Second World War whilst the museum is also home to the USS Growler, an early cruise missile submarine, a Lockheed A-12 stealth surveillance plane, a Concorde supersonic passenger jet and the Space Shuttle Endeavour. Each plays a vital role in American history and provides an enlightening and informative experience. The museum is a great place to visit during Fleet Week, when recently deployed ships on active military duty return to the mainland United States. 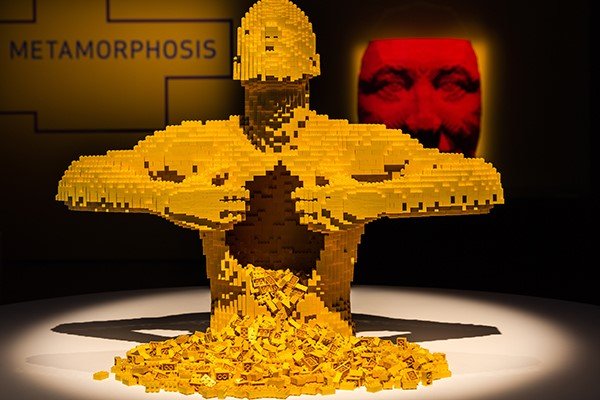 For a more proactive experience, seek out the New York Hall of Science. It is located in one of the buildings that remain from the 1964 World’s Fair and is New York’s best hands-on science and technology museum. The aim of the museum is to help the general public interact with science in a fun and interactive way primarily trying to get young people interested in science from an early age. Whether it is the human body, space travel or the ham radio, there are seventeen exhibits in total for visitors to explore making the New York Hall of Science the perfect place to visit with children - providing them with a unique Science experience that they will not easily forget.

Two large reflecting pools and a stainless-steel pavilion mark the former site of the World Trade Centre in Southern Manhattan. With a waterfall muting the sounds of the city, this is the 9/11 Memorial & Museum, remembering the tragedy that befell the city on September 11th, 2001. In a powerful yet simple tribute, the names of the deceased line the edges of the pool and, amongst the trees planted across the memorial site, is a single pear tree that bears the marks of trauma, which was pulled from the rubble, badly burned but still alive. It still stands and is perceived as a symbol of the city’s rebirth and resilience. The pavilion takes you into an underground museum that tells the story of the attacks through images and artefacts that are paired alongside oral recordings and videos, in order to re-tell the story of that fateful day from every angle - the living and the dead are remembered alike in a quiet, reflective and solemn environment. A sober, insightful and touching experience that provides an all-important insight to one of the most shocking days in American history. 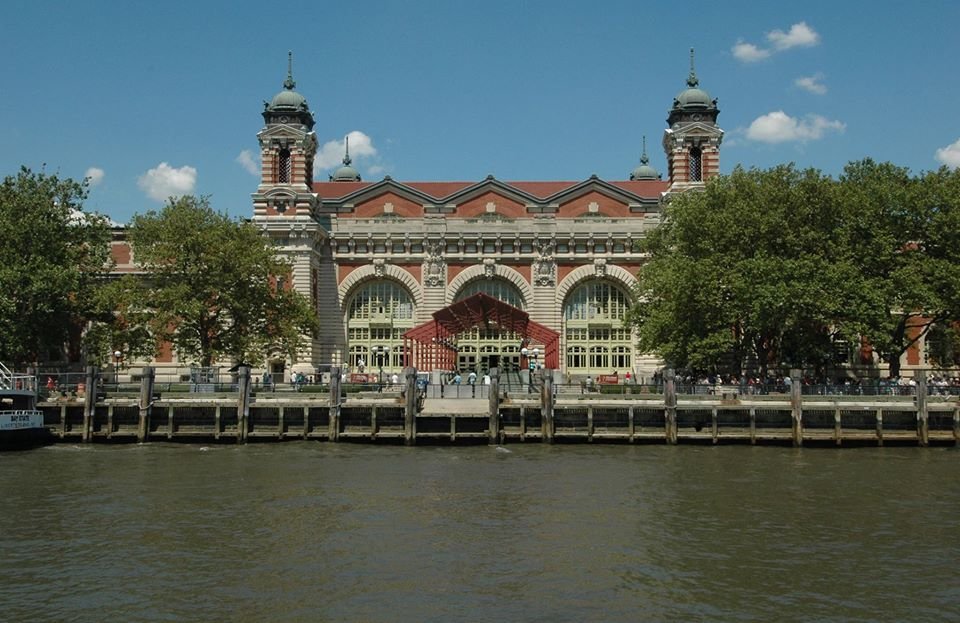 An older recent piece of history is located in New York Harbour, on a 27.5 acre island that sits just above the waterline. Small and innocuous, Ellis Island is one of the most important locations in American history and for the first half of the 20th Century, it was the busiest port of entry for immigrants in the United States. Between 1892 and 1954, around 12 million immigrants passed through the border control on the small island. Today a museum, located there tells the history of immigration to the United States, whilst at the other end of the island the former immigration hospital lies abandoned. Many Americans can trace their families back to Ellis Island, and the museum often invokes a sense of homecoming as guided tours show the often untold barriers that immigrants faced. Lying in the shadow of the Statue of Liberty, Ellis Island is vital to understanding how America came to be.

Meanwhile, since 1908, the New York Historical Society has served the Upper West Side and Manhattan as a repository of historical knowledge. It originally opened in 1804 as the first museum in the city and since then, has undergone major renovations to make it more accessible to the contemporary visiting public. The Society’s art collection numbers almost 1.8 million works and includes many American classics, whilst the research library contains over 3 million articles of literature from across American history, including the first recorded use of the phrase ‘United States of America’. Elsewhere in the museum, the front hall is ‘guarded’ by staff in revolutionary military garb. The exhibits include multimedia displays concerning major themes in American history, as well as important figures in New York’s history. For a look at the history of the city itself, the Historical Society is a must-visit location. 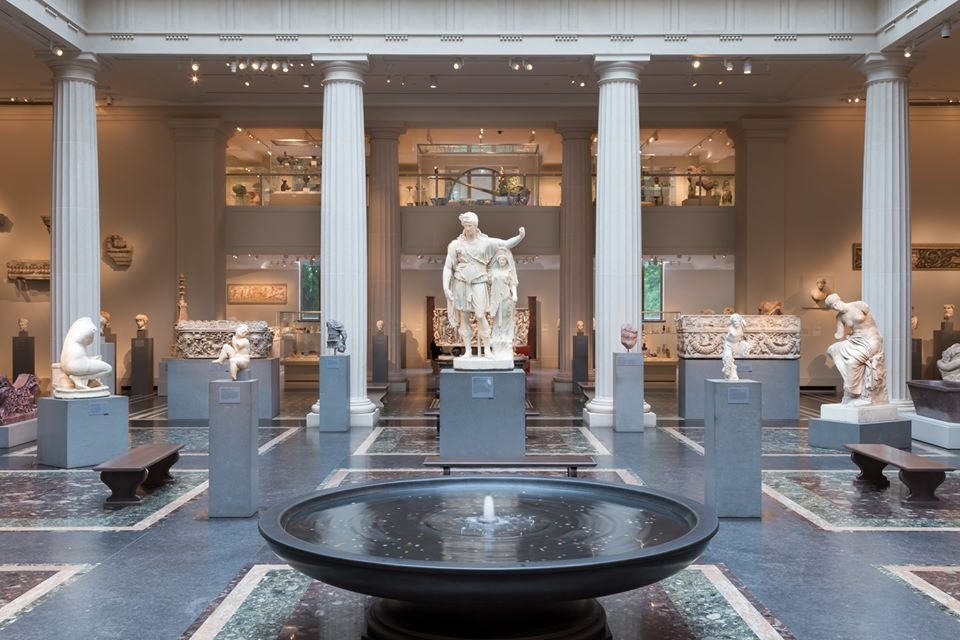 The Metropolitan Museum of Art

The Metropolitan Museum of Art, better known simply as The Met, is one of New York’s foremost art galleries. With an iconic façade, it is the largest art museum in the United States and inside there are permanent collections from across the world and human history. From the Ancient Egyptians to the European Masters and contemporary American modernists, there is something for every variety of art lover. Even the galleries themselves are unique, with a variety of architectural and interior design styles used to add visual excitement to your experience. The breath-taking majesty of the art and its surroundings greet you immediately, as you enter the museum via the beautiful neoclassical Grand Hall. At 2 million square feet in size, the Met is the sort of place you have to enjoy through multiple visits and you are almost guaranteed to find something different to fall in love with every time.

The Museum of Modern Art

While the Met focuses on classical art, modern art can be enjoyed at the nearby MoMA, or Museum of Modern Art. Recently reopened after a $400 million renovation, the MoMA is widely considered one of the most influential modern art museums in the world. Within its striking glass-fronted building, the MoMA is home to works from the likes of Francis Bacon, Salvador Dali, Frida Kahlo and Andy Warhol and is also the permanent home of a number of Van Gogh works, including The Starry Night. Additionally, the Museum has an extensive photography collection and a dedicated film gallery, embracing the many novel methods in which modern art is created. The newly renovated museum will provide more space for visitors and make a committed effort to display and promote more work from women, people of colour and other underrepresented communities. The MoMA is a must for any art lover visiting New York. 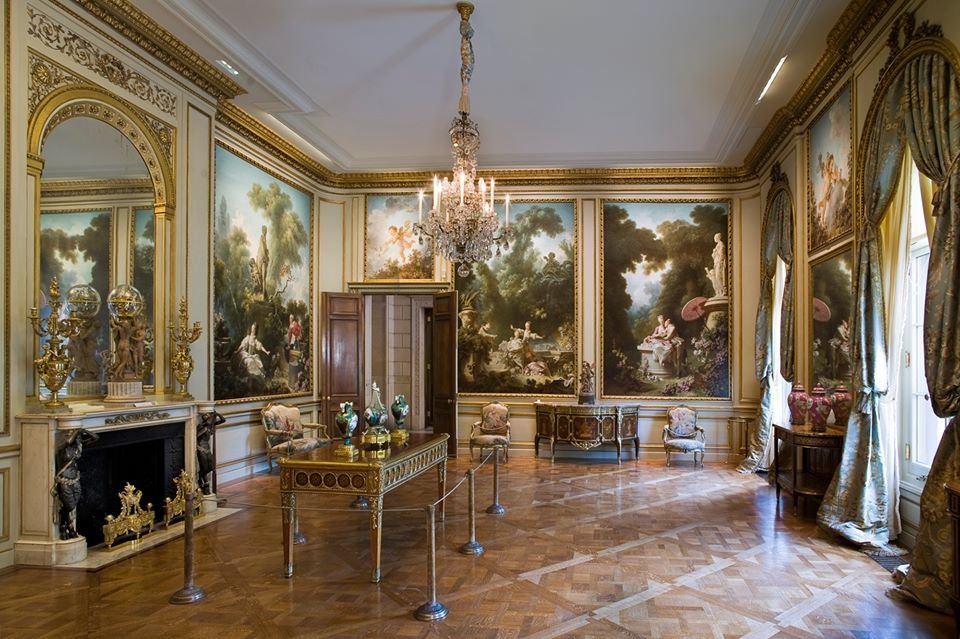 Located between the Met and the MoMA, within the house of noted industrialist Henry Clay Frick, who was a fervent patron of the arts and who brought the works of Vermeer, Fragonard and Ruisdael to his Upper East Side home, is the renowned Frick Collection. This nineteen-gallery museum is largely dedicated to the works of the Old Masters and is accompanied by beautiful examples of sculptures, period French furniture and traditional Oriental rugs. The Frick Collection is small and simple, displaying the works that one family believed to be culturally significant but, additionally, it gives a look into the lifestyle of the New York upper class at the height of American prosperity in the late 1800s and early 1900s. The museum is well worth a visit.

There are many more museums around the city but some other highlights include the Tenement Museum, which tells the story of immigration in New York through former modified immigrant housing in Lower Manhattan; the New York Public Library, the third largest in the world; the instantly recognisable Guggenheim, another fantastic arts museum with a focus on Impressionist, Post-Impressionist, Modern and Contemporary art; the Whitney which exclusively focuses on showing American art and lastly, the Museum of the Moving Image - a wonderful look into the visual mediums of television and film.

New York is an unrivalled city of museums and there is certainly something for everyone - let Fixture Travel help plan your visit to this incredible city.

Photos by The American Museum of History, New York Hall of Science, Ellis Island National Museum of Immigration, The Metropolitan Museum of Art, The Frick Collection